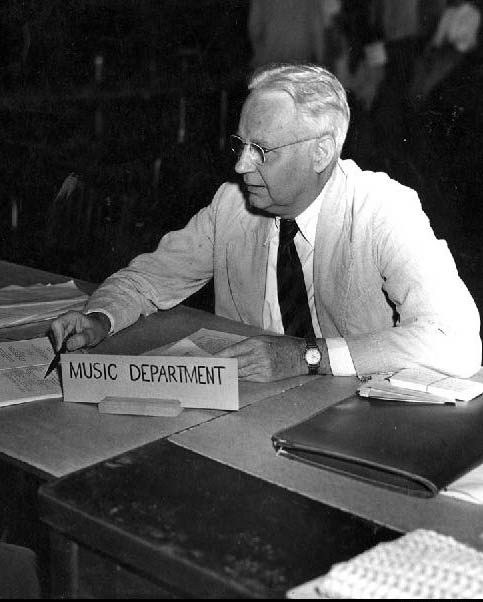 Mr. Burnet Tuthil was born in New York City. He attended the prestigious Horace Mann School, Columbia University, and the Cincinnati College of Music. He played clarinet in the Columbia University orchestra while in high school and later became its conductor.

In 1922 Tuthill became general manager of the Cincinnati Conservatory and entered its Master’s program in 1930. After receiving his degree, he became director of Southwestern College (now Rhodes College) in Memphis as well as Director of Memphis Conservatory which eventually merged with Southwestern. In 1938 he founded the Memphis Symphony which he conducted until 1946. His students included the renowned exploratory musician Moondog.

Tuthill founded the National Association of Schools of Music (NASM) in 1924 and served as its secretary until 1959. He also founded the Society for the Publication of American Music (SPAM) in 1919, whose publications are still available from Theodore Presser Company.

Tuthill composed over 100 works for such ensembles as orchestra, chorus, and chamber music in addition to concertos for many instruments.

Concerto, for trombone and orchestra (or band), op. 54. score

Fantasy sonata (in one movement) : solo for clarinet in B♭ with piano accompaniment : op. 3 score