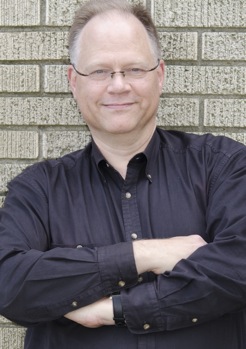 Dr. Robert G. Patterson lives in Memphis, Tennessee. He has recently received commissions from the Iris Chamber Orchestra and the National Symphony Orchestra. His works have been given performances in Europe, Asia, and Africa, as well as across the United States and Canada. He is also the founder and director of the Riverside Wind Consort, a small performing group dedicated to chamber music for wind instruments.

Patterson holds degrees from the University of Pennsylvania, the University of Memphis, and Oberlin College, having studied composition with George Crumb, Jay Reise, Don Freund, and John Baur. His compositions have received numerous awards, including the 1999 University of Michigan Bands Commission, the 1994 International Composition Prize from the City of Tarragona in Spain, and the 1990 Distinguished Composer of the Year award from the Music Teachers National Association.

In addition to his work as a composer, Patterson is also a horn player with the Memphis Symphony Orchestra and a software developer.

Lustration for the millennium : for oboe (or soprano saxophone) and piano with optional pitch-bending gongs and large tam-tam score

Psalm of faith in the wilderness CD